FREE SHIPPING ON ORDERS ABOVE £50

Home   The Boutique Blog   Why Are Men Attracted Towards Women Who Wears A Sexy Lingerie?

It appears as if men have been getting intrigued to women in lingerie since ages, which is a fact. If you go ahead and ask a man whether he’d like to see a woman in lingerie or not, his immediate response would be, “oh, yes! I’d love that”. But the question is, why men really are attracted to women who wears lingerie’s? There are a few factors which revolves around this question and to begin with, a desire for simultaneous mystery, exhilaration and allure are some of the top factors. However, we will try to break it down for you further;

Function of a lingerie

Before we get to the facts, we must know what the function of a lingerie is other than just being an undergarment. Basically, the main function of a lingerie is to highlight and flatter the sensual areas of a woman’s body. It’s a fact that a man won’t be attracted or aroused with everyday famine clothing as much as he will be towards a lingerie. As soon as a specific area of a woman's body is accentuated and given attention, the man is "brought to attention" by the excitement of the special image before him.

Would a man prefer to see women in lingerie or naked? According to research, if a man has been given a choice of whether he would prefer seeing a woman naked or a woman in lingerie, men would prefer and choose the latter in almost every kind of scenario. Surprising enough? Don’t be! Because men would usually be interested in 3 things; excitement, mystery and a bit of teasing. The idea of having a naked woman surely sounds exciting as well but it basically holds no mystery, hence, it loses its charm. However, the idea of a woman wearing a sexy lingerie fits well on all the three components that a man wants and prefers.

Sheer Lingerie and More describes the ways in which different kinds of lingerie can accentuate and underscore parts of the female body in different ways. Corsets force the eye towards the chest, Babydolls draw attention to the bust with their V-frames and Teddies have a plunging neckline and high-cut panty slits. Using varying kinds of see-through fabrics can also serve to emphasize different spots on a person's body, which keeps the sense of desired "mystery" alive.

Effects of lingerie have an impact on both genders

What kind of lingerie do men mostly prefer? A number of types of lingerie have been named “favorites” by men. Certainly men’s tastes vary, but a majority of them seem to enjoy seeing the parts of a woman they don’t normally get to see. Bras, g-strings, garters and stockings are all “eye candy” for men, and they love trying to see through the lace. Sheer and silky nightgowns, or “negligee,” are another favorite, as the textures of silk and mesh are enticing. Silk satisfies the “man’s need to touch something soft and supple,” while mesh fabric drapes and contours a woman’s body. 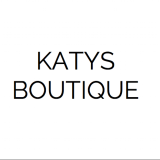 Also in The Boutique Blog

5 Benefits of Wearing the Right Lingerie